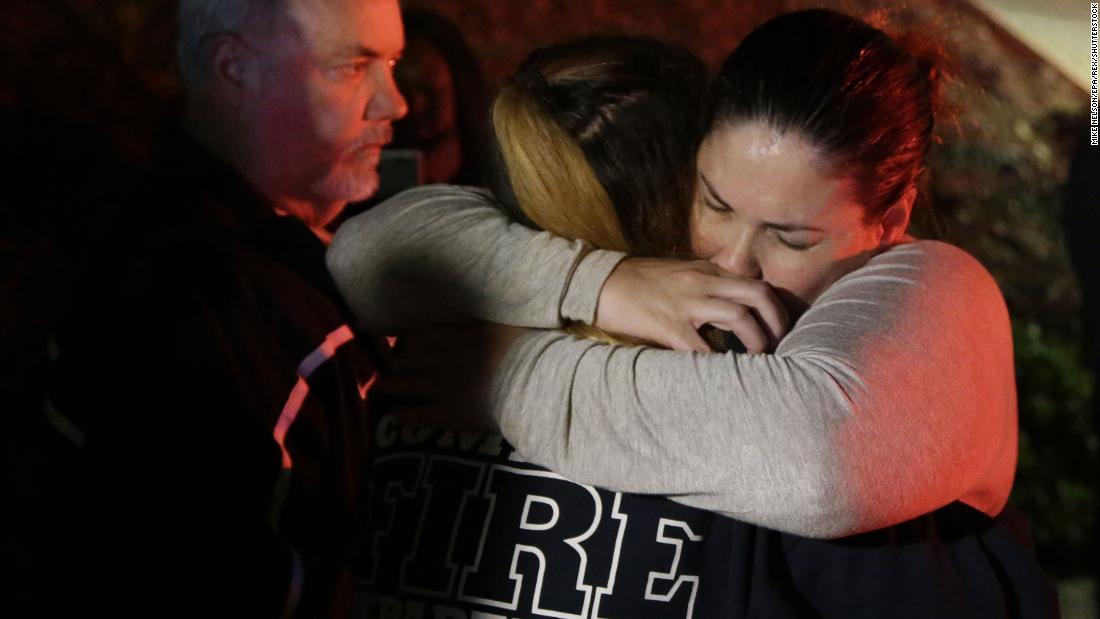 (CNN)We begin the morning with news of yet another mass shooting. Here’s what you need to know to Get Up to Speed and Out the Door. (You can also get “5 Things You Need to Know Today” delivered to your inbox daily. Sign up here.)

Twelve people are dead after a gunman barged into a bar in Southern California and started firing. The shooter is dead as well. This tragedy happened at the Borderline Bar & Grill in Thousand Oaks as it was hosting a college night. People who were dancing dropped to the floor and hid behind chairs and counters in stunned silence, witnesses said. Others jumped over chairs and broke windows to get out. A sheriff’s deputy who was one of the first on the scene is among the dead. News of this mass shooting is still breaking, so click here for the latest updates. 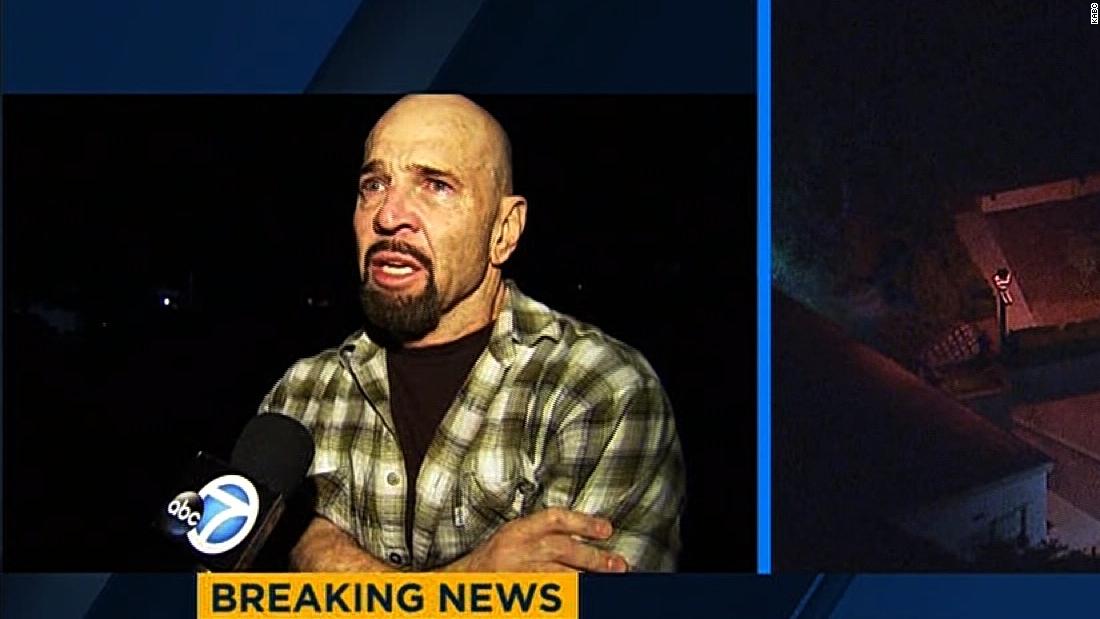 The fact that President Trump fired Attorney General Jeff Sessions wasn’t a surprise (he’d strongly hinted at that for months). But no one expected it to come the day after the midterm elections. Sessions submitted to Trump an undated resignation letter — “at your request” — after being asked to by White House Chief of Staff John Kelly. Sessions was one of Trump’s first and most loyal supporters. But the President quickly soured on him over his decision to recuse himself from the Russia investigation. Still, Sessions implemented Trump’s vision, rolling back Obama-era policies on immigration, police reform and civil rights.
Matthew Whitaker, Sessions’ chief of staff, takes over as acting attorney general. And that’s already sparking controversy because Whitaker has spoken out in the past against the Russia investigation — which he will now oversee. Democrats already want him to recuse himself. Many fear the President is effectively trying to end special counsel Robert Mueller’s investigation into his 2016 campaign’s actions. 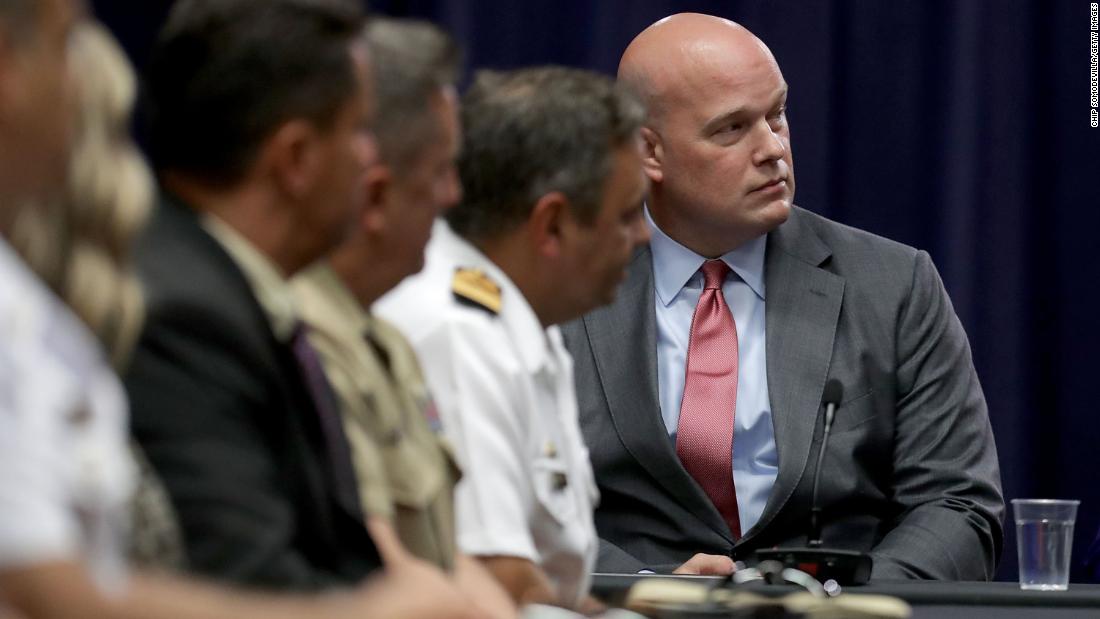 Whitaker likes to talk about Mueller

The White House pulled the press pass of CNN chief White House correspondent Jim Acosta after he angered President Trump by asking questions at a post-midterms news conference. Trump insulted Acosta and called him a “terrible” person. White House Press Secretary Sarah Sanders then falsely accused Acosta of “placing his hands on” a White House intern who tried to grab the microphone from him. (He didn’t, saying, “Pardon me, ma’am,” as he held onto the mic; watch the video.) Acosta wasn’t the only reporter Trump tangled with. He described as “racist” a question he got about calling himself a nationalist and yelled at reporter April Ryan to “sit down” as she tried to ask him a question. The White House Correspondents’ Association called the White House’s actions “unacceptable,” while CNN said it stands behind Acosta and called Trump’s attacks “disturbingly un-American.” 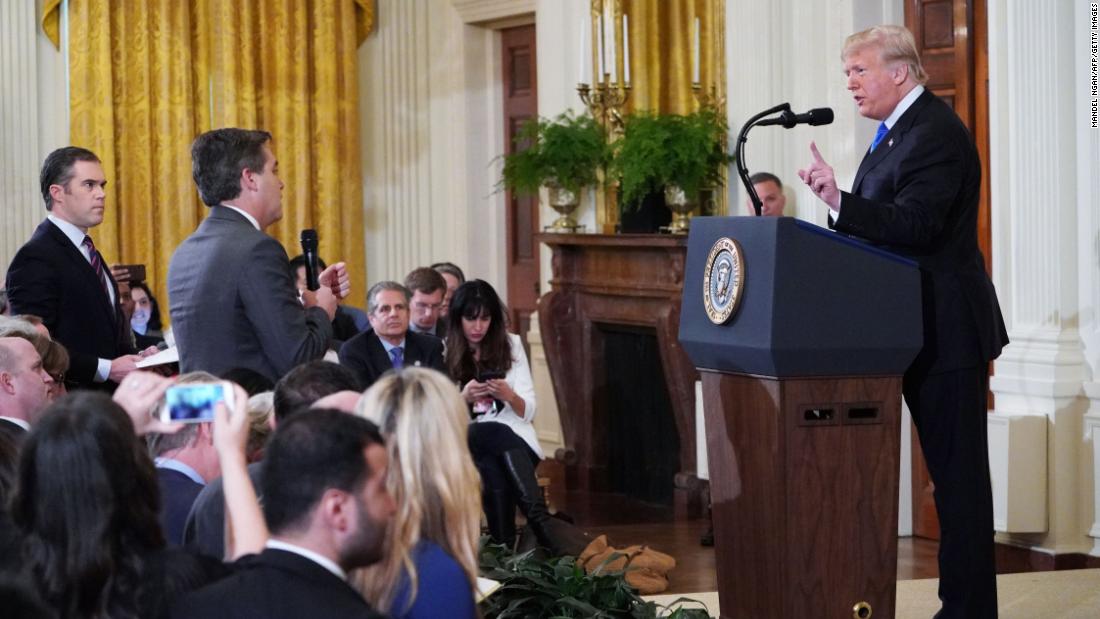 The Trump tariffs on China aren’t having much effect on China’s exports so far. Chinese exports rose 16% in October, much more than analysts had predicted. It was also stronger than September’s growth. This is significant because October was the first full month during which new US tariffs on $200 billion of Chinese goods were in effect. And those tariffs will rise from 10% to 25% at the end of the year, so it looks like companies are ramping up their exports to avoid the higher duties that are on the way. 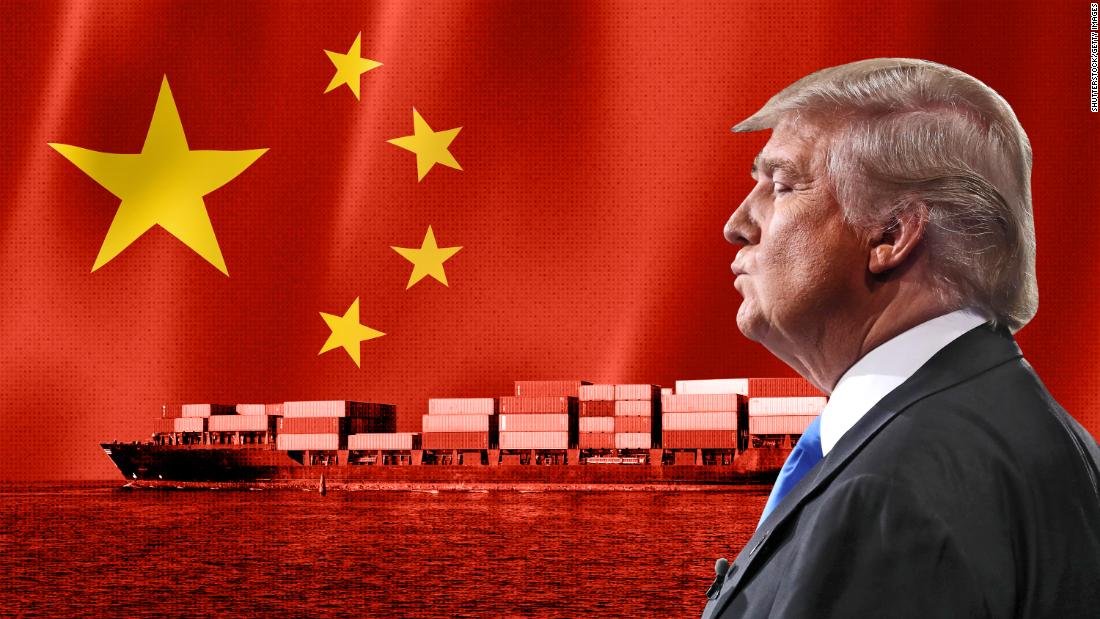 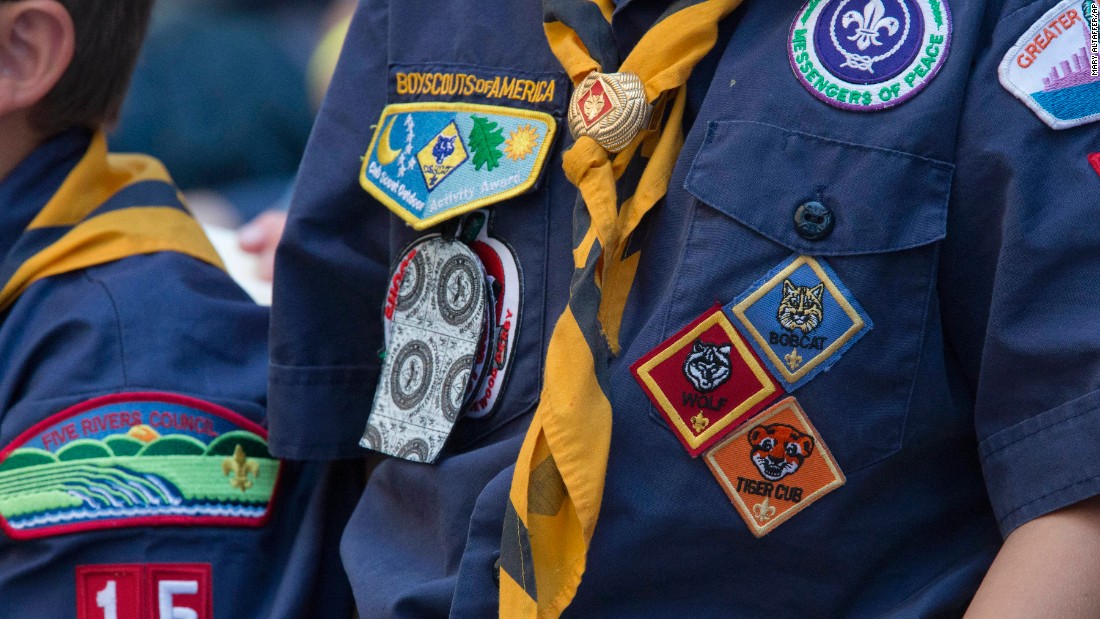 Not-so-friendly skies
An airline flight crew was permanently grounded after its members were accused of faking a photo of themselves sleeping on the floor of an airport. 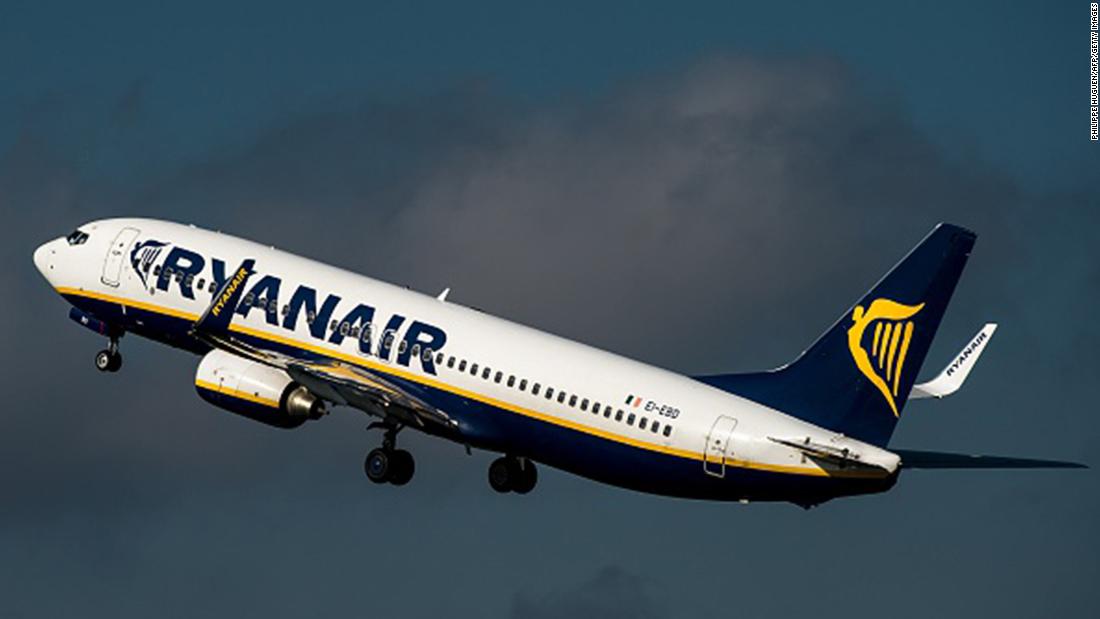 Like father, like son
Michael Douglas, who just got his star on the Hollywood Walk of Fame, gave us all the feels as he got emotional talking about his dad, Kirk Douglas.
Baby talk
Talk to your baby the way you’d talk to your dog? An expert says it’s a great way to help kids process language. 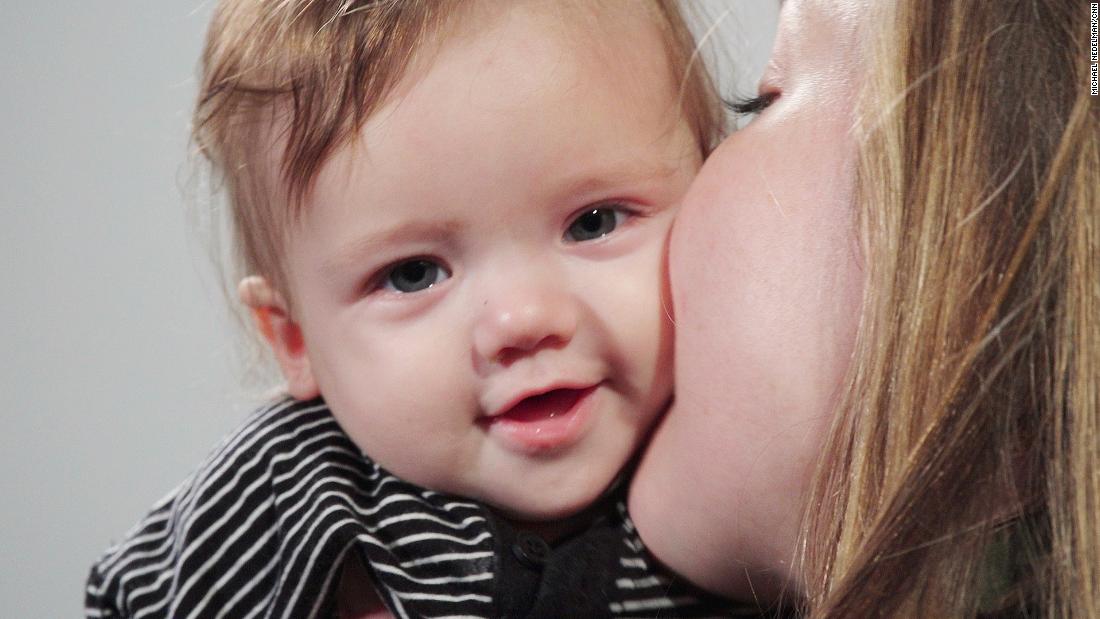 The science of baby talk

The robots are coming (again)
Not only can artwork now be created by artificial intelligence, the paintings can fetch a pretty penny at auction, too. 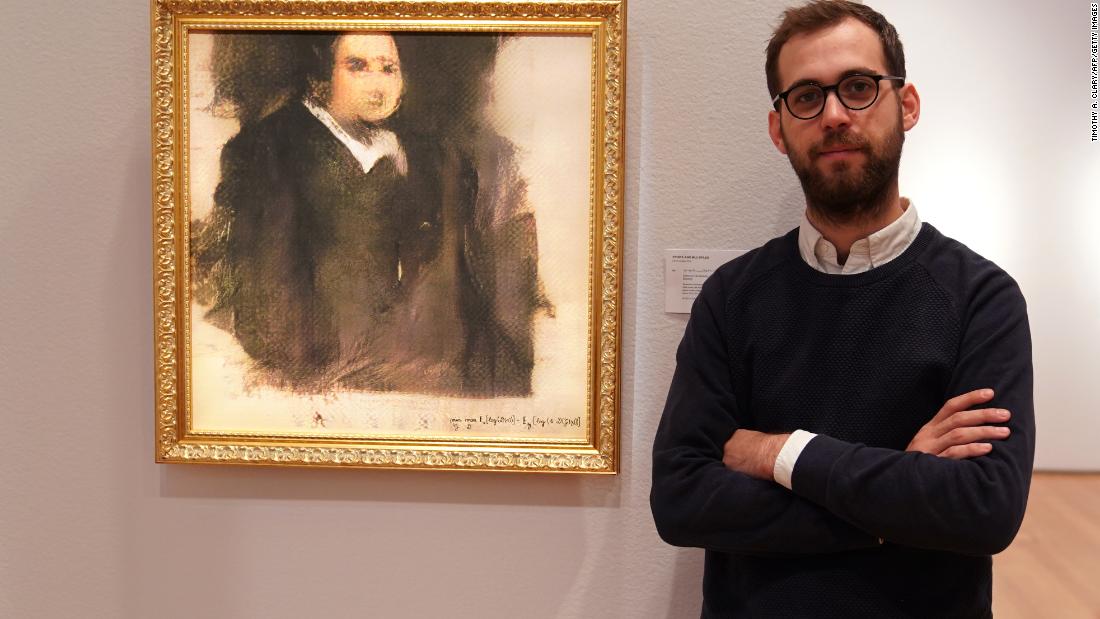 A walk in the woods
This one’s pretty simple. Just a man walking his two cats, because we all need something relaxing like that in our lives right now. (Click to view.)

Need an app for your school?

Check GoLocalApps for a great School Alert App that can work as a school directory, event guide, and an emergency alert app in the event of crisis.